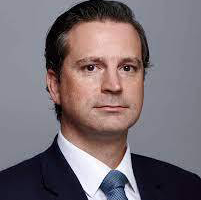 James Baugh is European Head of Market Structure for Citi’s equity business, responsible for developing its liquidity strategy. In addition he also has responsibilities for Citi’s Europe wholesale execution business. Previously, James spent more than 11 years at London Stock Exchange, where as head of equity sales he was directly responsible for initiatives like Turquoise Plato Block Discovery™. Other roles included Head of Client management for Baikal, the dark book initiative initially developed in partnership with Lehman Brothers and was made Director of Client Management at Turquoise when LSE acquired the business in 2010. A graduate of Newcastle University, Baugh began his career as a commodity analyst before spending the next six years at Dow Jones in a variety of roles including the management of their European Power Index business. He currently represents Citi on the Turquoise Board.